Sonics team member Alyssia Ewing has just signed an offer to compete in the track and field program at Loyola University in New Orleans. She is currently a senior at Duchesne High School where she has been on the track team led by Sonics coach, Goldy Jackson. During her tenure with the Sonics, she has competed in the sprints and discus throw. 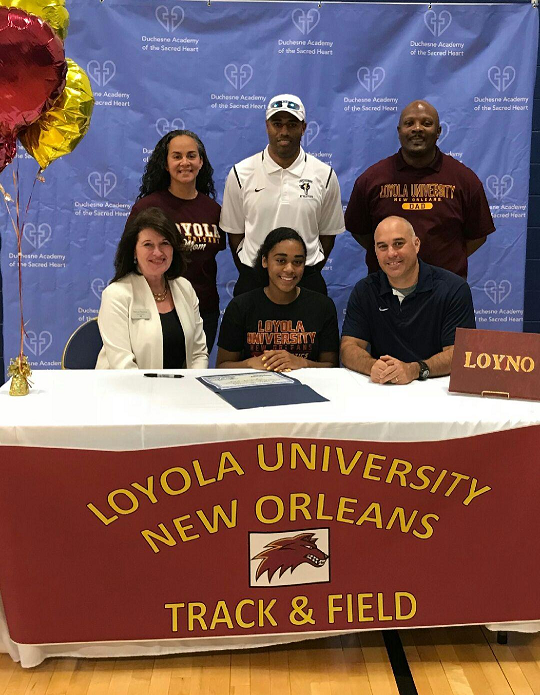 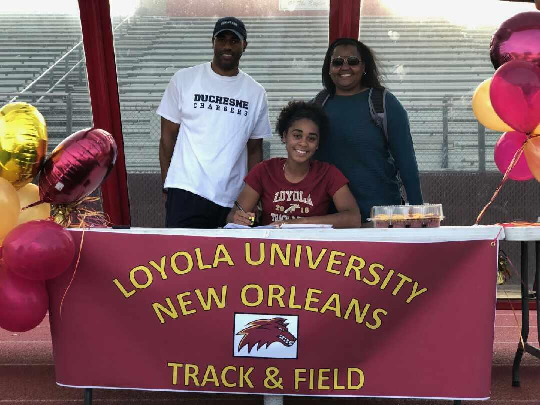